Today, I did something I’ve never done before – I shaved my head down to a #1 all over!

Why did I do this? For charity, of course! My hair is being sent off to Little Princess Trust to make wigs for kids who have lost their hair through chemo, and all the sponsorship money is going to Macmillan Cancer Support.

You can still sponsor me, if you like – every little helps! You can find my Brave the Shave page HERE. 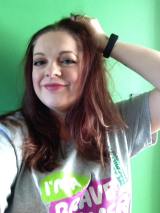 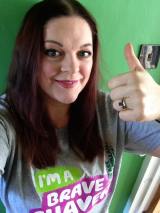 Abbie, ready to start bunching up my hair to cut off 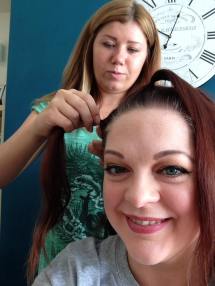 Putting in the bunches

All bunched up and ready to go 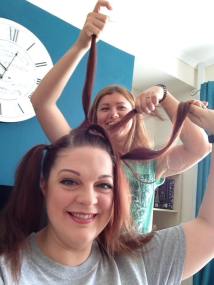 Last chance to play with my hair…

And the first bunch is cut off!

OMGs! My hair is in my hands

Sometimes I feel like pulling my hair out – LOL!

This is the hair going to Little Princess Trust.

Today is my last day if having long hair!

It’s my 13th wedding anniversary tomorrow, and I’m going out for a meal and theatre trip in the evening, but in the morning, I’ll be getting my hair put into plaits, cut off, bagged up to send off to Little Princess Trust, and then my head will be shaved all over to a #1!

If you’d like to sponsor me, you can do so via my Brave the Shave page, and if you’d like to spread the word too, I’d be very grateful – the more people who know about it, the more money is raised for Macmillan Cancer Support, which is a very worthy cause.

Every little helps! Thanks in advance.

My Great Grandad died when I was six months old. He was diagnosed with cancer and told he had weeks to live, but he hung on in there to meet his first great grandchild. I never knew him, but I knew ABOUT him. A couple of years ago my Uncle Cas died of pancreatic cancer. It was sudden – very unexpected – we hadn’t even known he was ill. It was a shocking loss. He’d been there all my life and then suddenly, he wasn’t.

In recent years, my Auntie has beaten breast cancer, Grom has beaten skin cancer twice, and my Dad has beaten prostate cancer too. You could say cancer kind of runs in my family.

It’s a scary thought, but I don’t think I know ANYONE who hasn’t either had cancer or knows someone who has fought it or died of it.

So, I’m taking part in the BRAVE THE SHAVE challenge.

A year from now, I will have all my hair shaved off.

I’ll also be donating my hair to Little Princess Trust, a charity that makes wigs from donated hair for those who have none of their own for whatever reason, hence I’m growing it for a year beforehand (it’s currently almost a foot long, but I’d like to really give it my all and have another five or six inches extra to give!).

If you’d like to sponsor me,
you can do so at my
BRAVE THE SHAVE page.

I am a blood donor

I review for NetGalley

What do you want to find?

Other Places of Interest